There has been a fresh, new dawn to the literary background of India. Many millennial Indian writers have taken it to another level in all genres. As a reader, following and reading these new age writers can definitely give you newer perspectives.

As might be expected from her rich cultural background, Kiran Desai, daughter of the author Anita Desai, is a born story-teller. Her first novel, Hullabaloo in the Guava Orchard (1998) won a 1998 Betty Trask Award, and her second novel, The Inheritance of Loss (2006), won the 2006 Man Booker Prize for Fiction.

Aravind Adiga is a journalist and writer of Indian origin. He has written many reviews and novels that have made him very popular among the public. He has sold more than 200,000 million copies of his debut novel The White Tiger (2008). He is one among the Indian authors to win the Booker prize in 2008.

Amish is an IIM (Kolkata) educated, banker turned award-winning author. The success of his debut book, The Immortals of Meluha, encouraged him to give up a fourteen-year-old career to focus on writing. His 7 books have sold over 5 million copies and been translated into 19 different languages. His Shiva Trilogy is the fastest-selling book series in Indian publishing history.

Arundhati Roy’s The God of Small Things (1997) has been hailed as the literary ‘discovery’ from India. Earning advances in the region of one million dollars, translated into thirty languages, winning the Booker prize award in 1997 and selling over six million copies. The publicity surrounding this novel has been great. Roy is a politically active writer, passionately committed to environmental politics.

Meena Kandasamy combines her love for the written word with the struggle for social justice through poetry, translation, fiction and essays. Her debut collection of poems, Touch was themed around caste and untouchability. She has performed her poetry in literary festivals around the world. She has written op-eds for many media houses.

Jeet Thayil was born in Kerala, India. He is a performance poet and songwriter with four published collections of poetry: Gemini (1992); Apocalypso (1997); English (2004) and These Errors Are Correct (2008). His first novel, Narcopolis (2012) got nomination for the 2012 Man Booker Prize for Fiction.

Kanishk Tharoor is a writer and broadcaster. His debut collection of short stories is Swimmer Among the Stars: Stories, has won numerous prizes. It got nominations for the National Magazine Award . He is currently at work on a novel. His pieces on politics and culture have appeared in publications around the world.

Krishna Udayasankar is the author of The Aryavarta Chronicles a bestselling series of novels. It has received critical acclaim. She is also the author of Immortal, 3 and Objects of Affection – a book of prose-poems. Krishna was also an editor for the anthology. Number of other anthologies feature her work.

Durjoy Datta is a popular and venerated novelist. He has written some bestselling novels that has created a powerful wave among the readers. It engrossed them in his captivating stories. He has not confined his portfolio to novels alone but he is an established entrepreneur and script writer as well. He has also penned lines for some popular television shows and movies.

Ashwin Sanghi writes in Fiction thriller genre and his three popular books are The Rozabal Line, Chanakya’s Chant, and The Krishna Key. However, he mainly writes on the themes like historical, mythological, and theological. Readers rd him the best selling conspiracy fiction writer. Forbes included Ashwin in the list of celebrity 100. 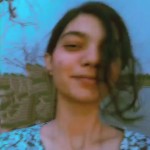 I am an aspiring journalist. Love to explore all the amazing things around and write about it.